We would like to introduce you to the recently engaged Anna and Sam.  These 2 lovely lovebirds met one another for the first time when they were only 13 years old at a Mexican restaurant.  Flash forward 11 wonderful years later and they are the proud parents to a Chinese sharpei named Oliver, are traveling the world and are now busy planning one of the most significant days in their relationship. 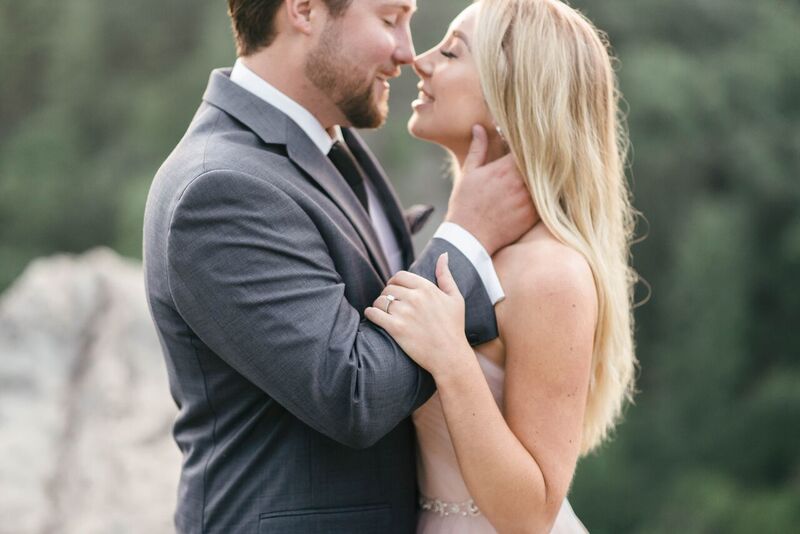 Sam and I met 11 years ago at an extra-credit, Mexican luncheon for our high school. My older sister was in his Spanish class and had bribed me into going with her so that she wouldn’t be alone. I had a mouthful of colorful braces, styling a bright neon shirt, and I’m sure that the moment he walked in and sat across from me at the table, I began drooling in his direction. Following that day, we remained friends through the years and ran into each other here and there, but it wasn’t until 5 years after that luncheon that we finally went on our first date in Baltimore, down the street from where we live now.

It all started with our yearly anniversary trip to Canada. Every year on June 20th, the night that we had our first date, we travel to Canada to relax in Sam’s family cottage before exploring a city new to us. On our list this year was Bob’s Lake, Toronto, and then Niagara Falls. It just so happened to work out perfectly that the first night we arrived in Toronto was our 6-year dating anniversary. Sam had planned the most beautiful, romantic dinner at the top of the CN Tower overlooking the full city skyline. Restaurant 360 did a full, slow spin while we dined and we got to experience every inch of this bustling city from above. By the end of our third course and second round of cocktails, 3 hours had passed and we had traveled back in time, reminiscing on our very first date. Thinking about how thankful we both were that we took the chance after being 'just friends' for 5 years prior.

On our way out of the restaurant we decided to explore the rest of the tower's exhibits, including the glass floor. The glass floor is a space 1,122 ft high where you can stand and it looks as if you are floating above the city. We took a few touristy photos on our phones, lying on our backs in formal attire and giggling at how silly we looked. As we got back up I turned to exit the exhibit and Sam grabbed my hand and whispered "I've been waiting a very long time for this" as he dropped to his knee. I'm pretty sure that I blacked out at this point, but he said that I was saying "Yes, yes, yes" before he even got the full question out.

I can't recall a happier time in my life than the moment that I realized that the man I have loved since I was 18 years old was asking me to be his wife. It was such a private and romantic night that the two of us spent together and I wouldn't have had it any other way.  Full proposal story here.

After Sam proposed at the CN Tower in Toronto, we got caught in the craziest rain storm. Unfortunately, the gift shop was closed, so we weren’t able to grab an umbrella, but we were on such a high that it didn’t even matter if we got soaked. We sprinted hand in hand through the busy downtown streets to hail a cab, and giggled all the way back to our room at the King Edward Omni Hotel. When we got back we changed into our PJ’s, called our parents to announce the news, and totally passed out. It was such an exhausting and amazing day; definitely one that neither of us will ever forget.

We have not set anything in stone for the wedding as of yet. We wanted to thoroughly enjoy this engagement season first and celebrate with family and friends before getting into the chaos of planning. Our engagement party is actually this upcoming weekend, so once that is over we are going to sit down and start working out the major details. The only thing that we know at this point is that we want to get married somewhere in Canada since it is such a special place to us. 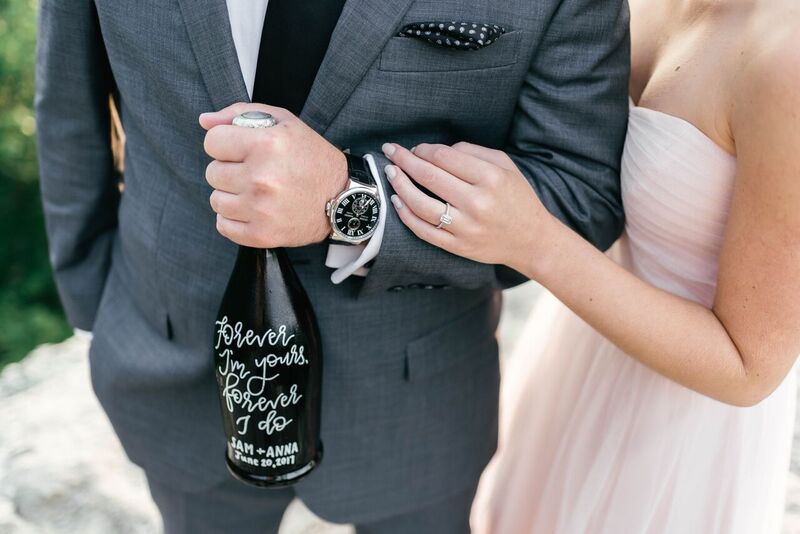 We absolutely love traveling together. We are both very relaxed when we travel and we like to “go with the flow” on vacations and not plan much at all. When we’re home, our week to week can get pretty chaotic with both of our intense work schedules and keeping up with content for the blog. So, when we’re on vacation it’s nice to pause and soak in each other’s company without distractions or deadlines. One of the things that I love so much about Sam is that he gets equally as excited as I do for the little things: a music-filled road trip, boat ride across the lake, or playing tourist in a new city. We have quite a few, unusual trips planned in the upcoming months (at least 2 states that we’ve never traveled to before) and we’re really excited for these new adventures.

We would love to honeymoon in Corsica or Nice, France. We’ve never traveled to Europe together and it’s been on our dream list for a bit now. Neither of us are big “beach loungers” so, we want to plan something different than the traditional, tropical honeymoon. Plus, there’s just something so romantic and intimate about a European city. I can imagine us now wandering alongside the shorelines of the French Riviera with a chocolate crepe in hand, a camera around my neck, popping in and out of cute, antique shops.

Sam and I have a 5-year old Chinese sharpei, Oliver. One night when we were hanging out at the house with Sam's friends and roommate, we were watching Angry Boys, an HBO show, and the family had a baby, blue sharpei. Sam and I absolutely fell in love. Immediately we looked at each other, with the biggest smile growing across our faces, and within 30 minutes we were on Google searching for our very own. A few months later, we ended up driving to South Carolina and back in 1 day. We picked up our little Oliver from a farm with a family that couldn't care for the full litter. He was 8-weeks old at the time and fit in the palm of my hand. We were very young, in age and in our relationship, and had not properly prepared for him. Oliver's first meal with us was Chick-fil-A nuggets because we forgot to bring dog food on the trip.  We definitely learned as we went and we still say to this day that it was the biggest test in our relationship and the greatest decision we ever made as couple. 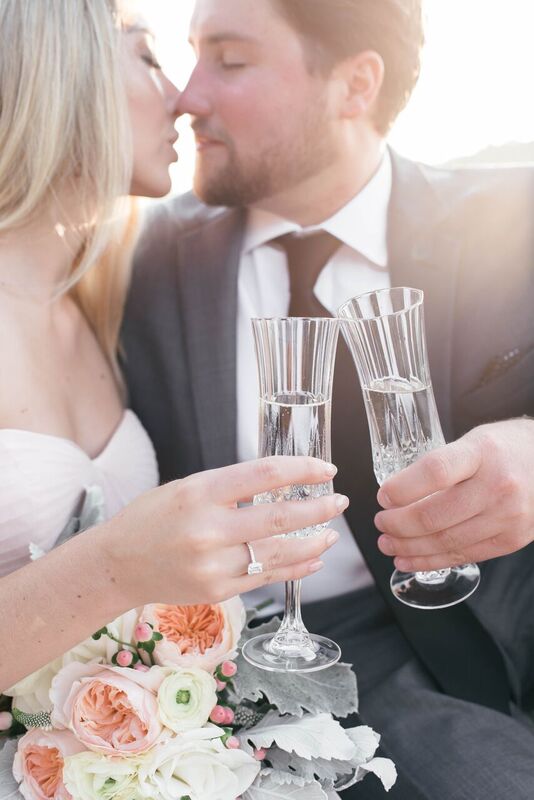