Michael and I first met when we were 16 and 17 at a local hair salon where I used to work. He was in getting his hair cut and I happened to catch a glimpse of him leaving as he caught me saying something to my co-worker and he definitely noticed. About a year later he messaged me on Facebook to let me know he was in getting his hair cut but that he didn’t see me. Fast forward ten years later… same hair stylist, different salon. We were both getting our hair done on separate days and asked our hair stylist, who is also a close friend, to set us up with someone. He put us together and the rest is history!

I thought it was just another Saturday night dinner out with our best friends. I worked that day and Mike told me he ran in the Baltimore Half Marathon (which I later found out, was not true). As soon as I got home from work, I quickly got ready so we could head over to the Sagamore Pendry for dinner to meet the other couple. As we were seated at a window table, my friend texted me saying they were running late. While we were waiting, a Pendry employee stopped by our table and told us that Mike’s uncle called to let their team know we would be dining there that evening and offered us a tour of the hotel. I didn’t think much of it because our friends were running late so we had the time to spare. The lady showed us another bar area, the lobby, and the courtyard and then told us she was going to show us the presidential suite. The moment the door opened, I saw candles, flowers, balloons, champagne, etc. Michael then walked outside to the balcony overlooking the harbor and got down on one knee and asked me to marry him … and I said “YES”! Afterwards I looked over and saw my best friend (the one who was “late for dinner”) peeking through the window taking pictures! Our parents came upstairs to join our celebration and have dinner together before heading across the street to a local bar where we had another big surprise: our best friends and family were waiting for us to celebrate!

The night we got engaged, we were surprised by our closest friends and family at a local bar. The following morning, we had a surprise brunch at his parent’s house with even more family and friends. 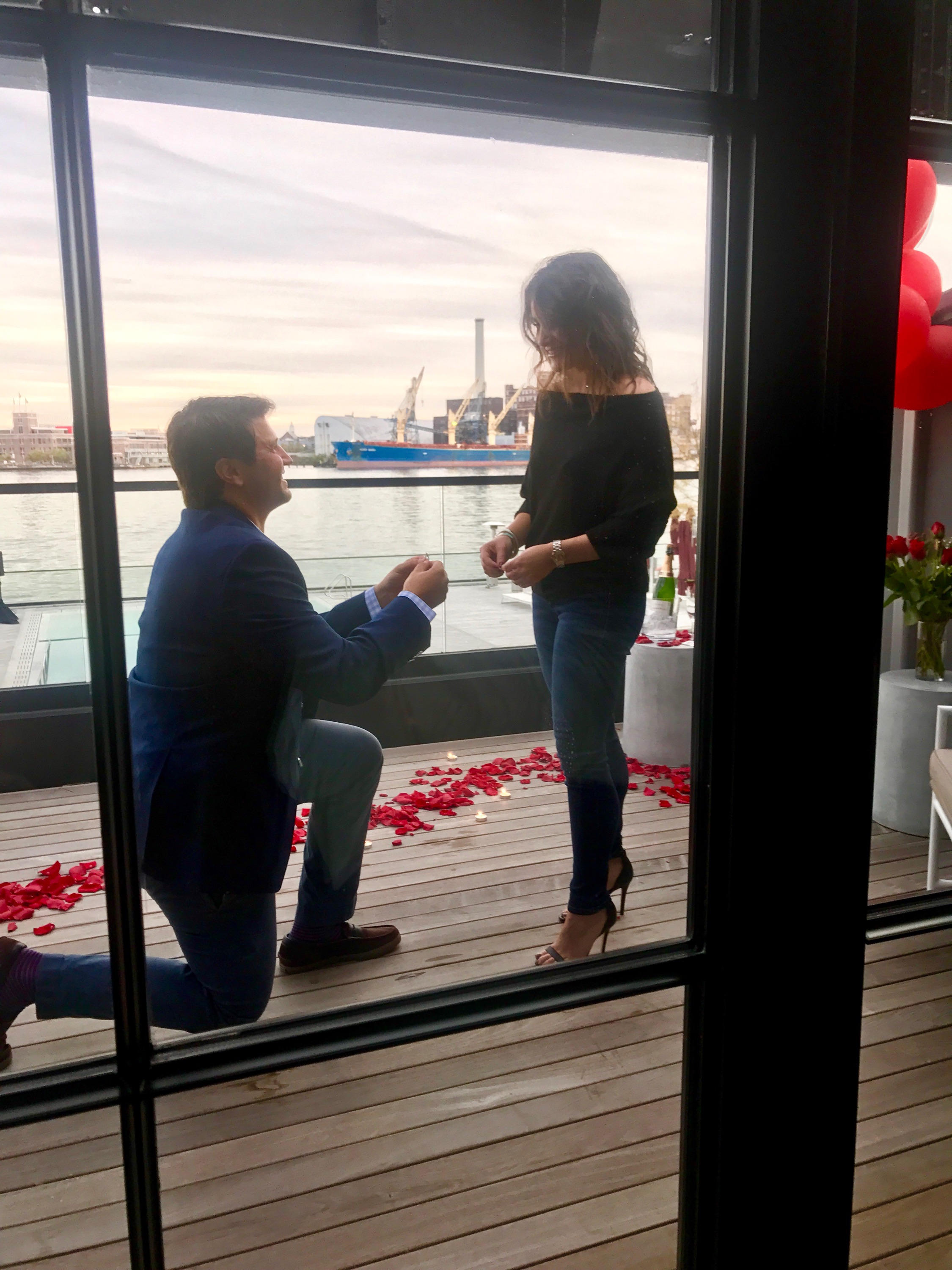 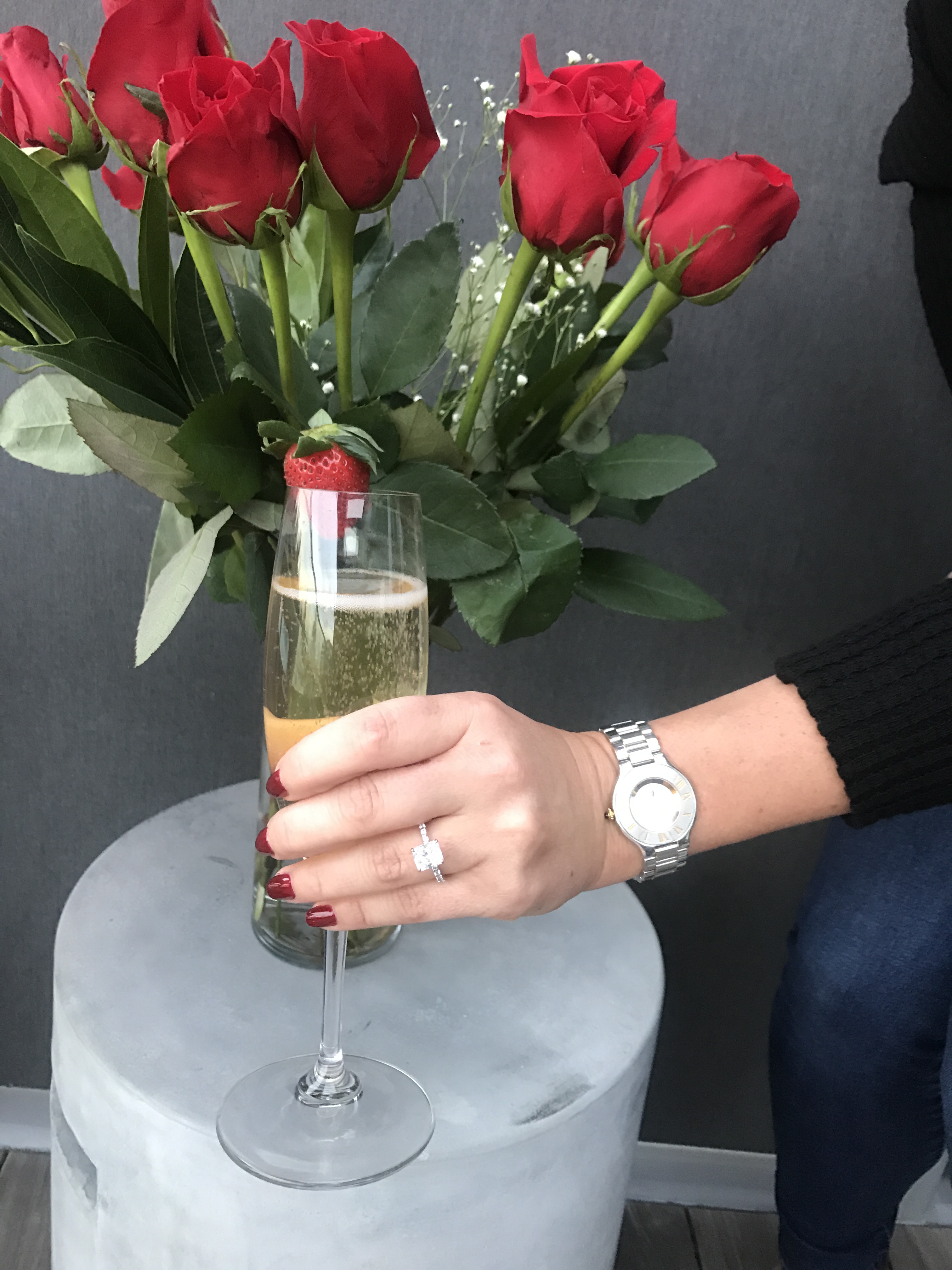 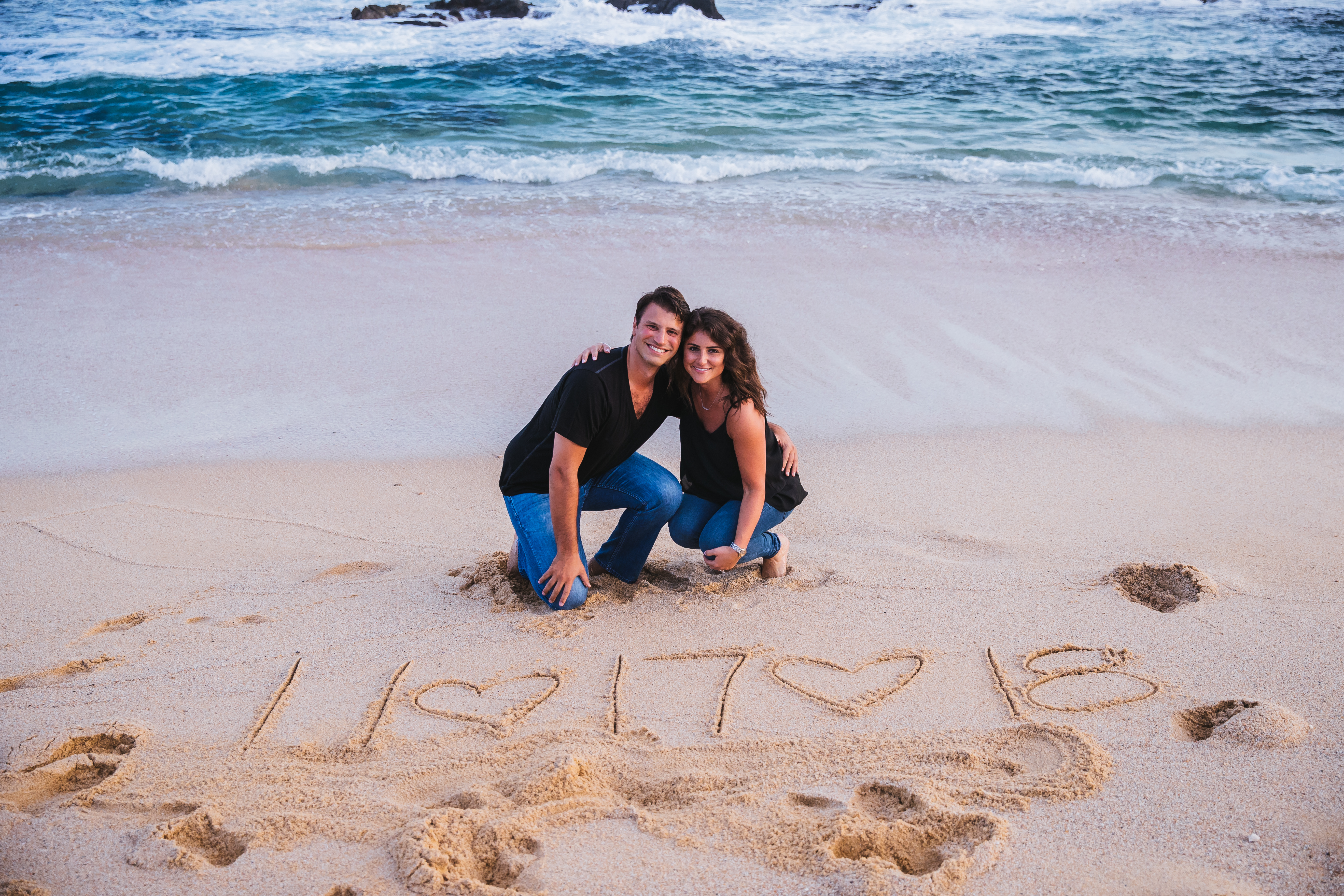 We enjoy attending Orange Theory workouts, binge watching TV shows, going on dates to our favorite restaurants as well as trying new ones as well as relaxing on the beach.

Will you be taking a honeymoon? If so, where and why did you pick that destination?

Yes, we will be honeymooning in Southeast Asia / the Maldives. We choose this destination so we could enjoy a mix of relaxation and the beach as well as adventure.

We actually met in high school but ten years went by until we actually started dating. We love trying new restaurants and we are lucky enough to alternate between Baltimore and Charleston, SC, because of Mike’s work, so we can really work on expanding our list. 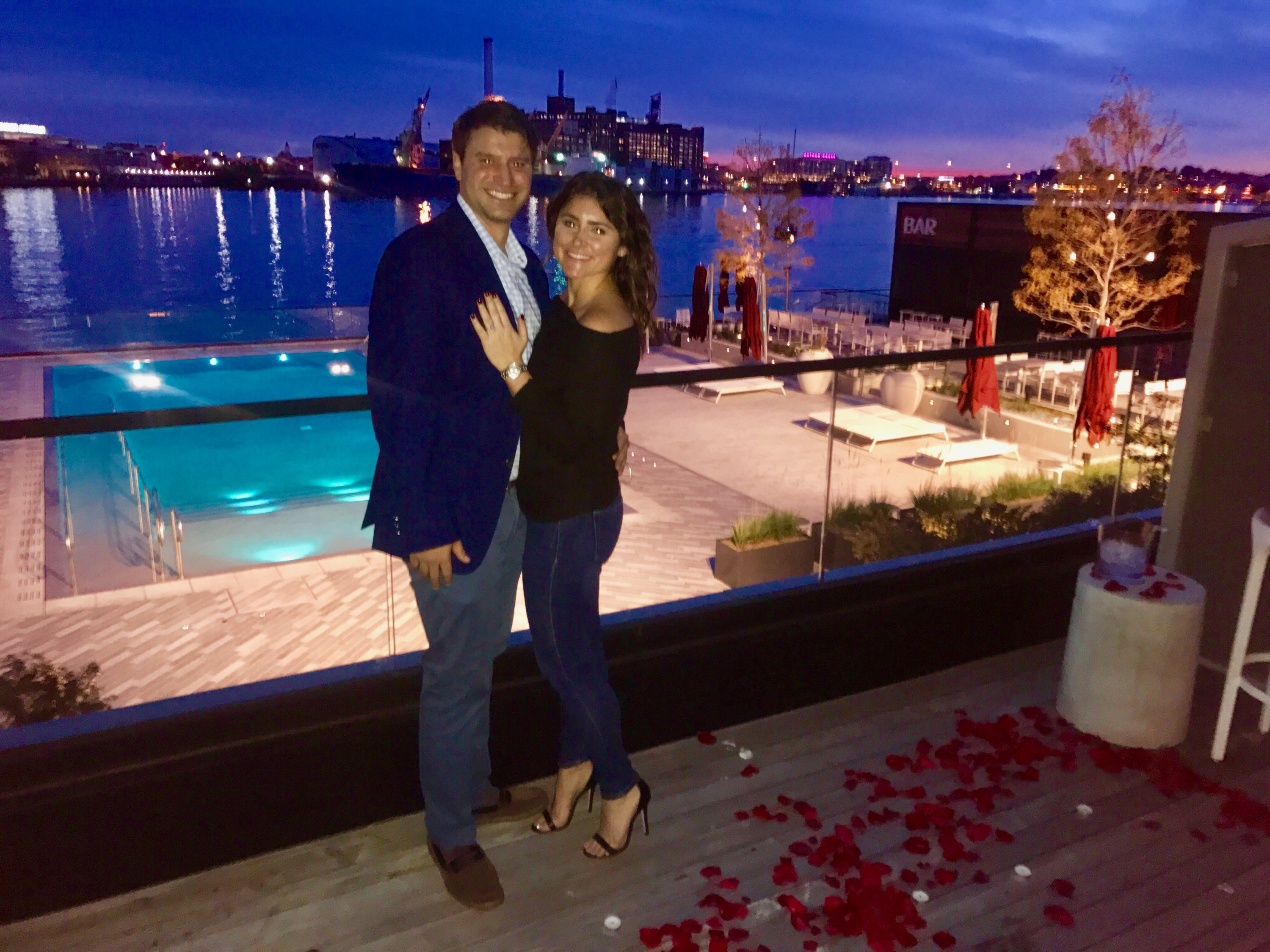