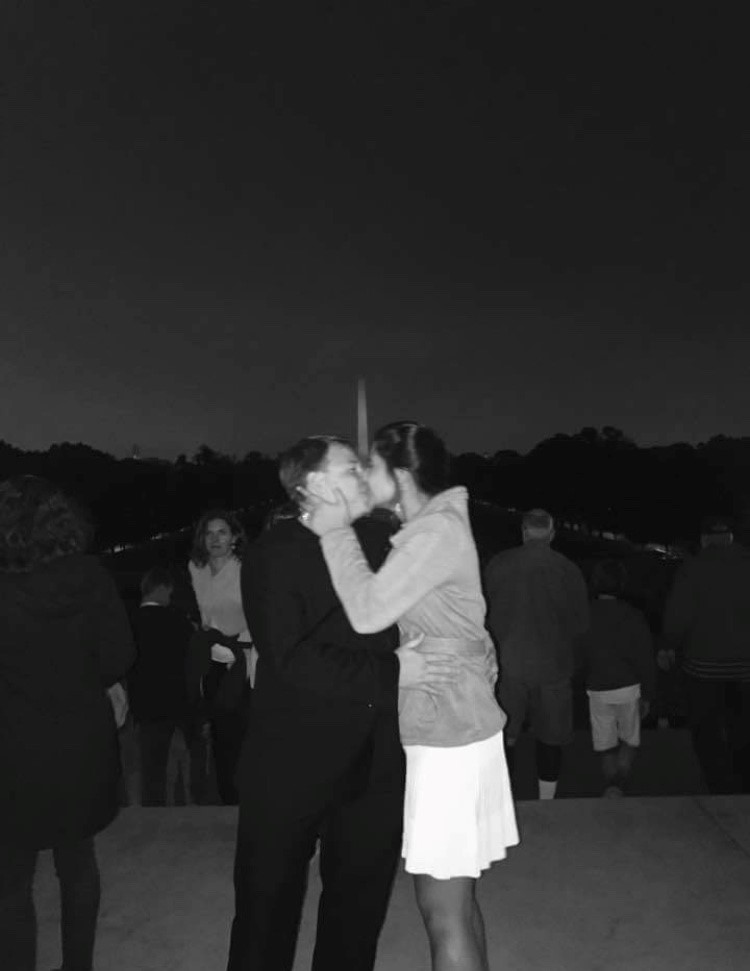 Where did you meet? Back story: Brett is a police officer, and I had been a part of a program that took place at his department for a full year before we met. I never saw him, but he had seen me. However, he never crossed the professional line between us.

Until November 21, 2015, I had run a half marathon this morning and he was working traffic for the race, again I never saw him, but he saw me. Later that evening I was scheduled to go on a ride along (where a civilian joins a police officer on their shift to see what being an officer is like/learn about the job.) I was a college student completing an extra credit assignment for a criminal justice course. While I was waiting in the police department lobby, he was in roll call. In roll call they announced that there were two ride-alongs that night. When they announced the names of the civilians, Brett volunteered to take me because he recognized my last name from seeing me around the department. We met in the police department lobby and spent 9 hours responding to domestic violence calls, drug related calls, fights, traffic stops, and in between fighting crime, we were getting to know each other. He was so funny, kind, honest, and I loved seeing how he used discretion on each police call to make sure people were safe. We hit it off, and a couple weeks later, we had our first “real” date in Washington DC. We went to dinner and afterwards walked over 6 miles around the DC monuments just talking and continuing to get to know each other.

Please describe the proposal. On October 13, 2017, my fiancé and I planned to go to Washington DC (where we had our first date). We were supposed to go to our favorite restaurant but when we got into the city, he said we had an hour before our reservation and asked if I’d like to walk around the monuments for a bit first. It had been raining all day and as soon as we parked, he opened my door for me and the rain stopped! It was perfect weather and all the monument lights were dazzling.

We began walking towards the Lincoln Memorial and as we were walking up the steps, my fiancé commented on how there seemed like there were more steps to walk up. I didn’t think anything of this comment as I too was sore from a run the day before (little did I know he was nervously losing his breath walking up the steps).

When we got to the top of the monument he walked me over to the entrance of the memorial looking out at the reflection pool and Washington Monument. My fiancé has always been a romantic and at random times told me what I mean to him and how excited he is for our future and all the adventures we’ll have.

So, he began telling me these things.... an important thing to note here is that I’ve been a lifeguard for 6 years.... in this romantic moment, I placed my hand over his heart while he held me close and I felt his heart racing! I remembered what he said about how many steps there were and based on the intense beating of his heart, I thought he was going to have a heart attack and then he started to “fall.”

I thought he was having a medical emergency and I started looking around for a police officer or someone to get help but when I looked back at my fiancé, he was on one knee pulling out a little box secured around his ankle. That’s when I realized what was happening. He was proposing, not having a heart attack!

He asked me to marry him, and I said yes!! It was such a surreal moment and it all came full circle: us having our first date walking a 10K around all the Washington DC monuments and the Lincoln Memorial having the most beautiful view of all!

What was the first thing you did after you got engaged? After we got engaged we went to the DC restaurant La Tasca where our parents were waiting for us with love, hugs, congratulations and champagne! 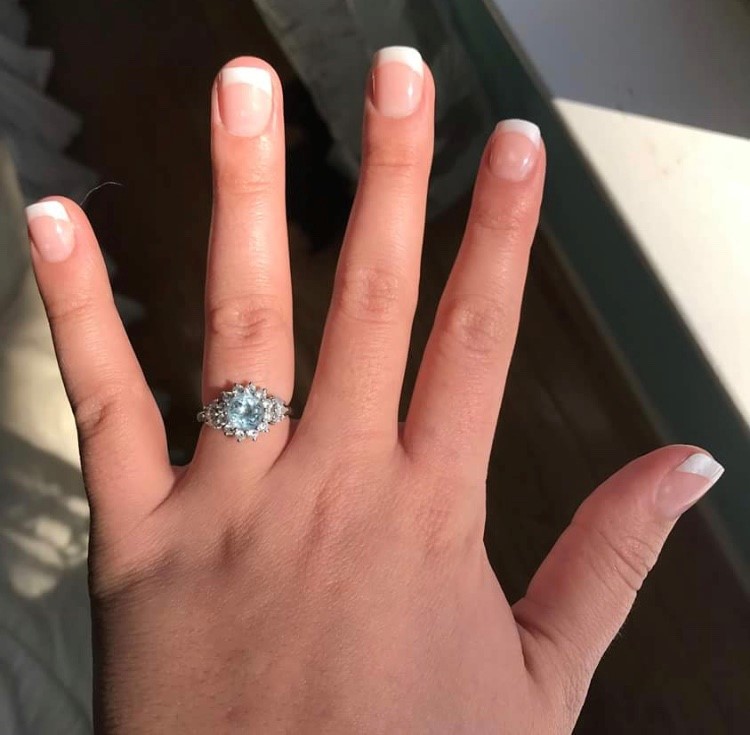 Have you picked a date? Venue? Theme? We will be getting married on January 5, 2019 at the Golf Club at South River in Edgewater.

What is something you and your fiancé like to do together? Brett and I love adventures. We love to hike, complete running races (such as the half marathon I ran the day we met), and spend summer nights sitting in Historic Downtown Annapolis playing cards and people watching.

Will you be taking a honeymoon? If so, where and why did you pick that destination? Our honeymoon will be all over the islands of Hawaii. We picked this location because we wanted somewhere warm where we could relax, swim, hike and see some volcanoes!

What is a fun fact about you as a couple? Fun fact about us is that we are an “opposites attract” couple. I’m a saver, Brett is a spender. Brett is a planner, I’m spontaneous. He sees the big picture, I’m little picture and detail oriented. In fact, when we both took the Myers Briggs test and I’m an ESFJ, Brett is an INTJ, and they are marked as LEAST compatible for a relationship, but here we are going on 3 years and ready to be married. Of course, these years haven’t come and gone without bumps in the road: we’ve disagreed, had our arguments, dealt with loss, sorrow, and grief. But we attribute our successful relationship to having God as our foundation and always having been honest and clearly communicating with each other.