York, PA while I (Meagan) was doing an internship for college.

Trevian proposed on May 27th at my parents’ house in New Jersey and it was super cute! I was talking to my mom and dad while Trevian said he was going to the bathroom and wanted to play a 2-player game on his phone and mine, so I tossed him my phone because I didn’t feel like playing (haha)!

I went down to the basement to grab a dessert, but as I turned the corner down the stairs I noticed Trevian had just closed the bathroom door and the light was off in the bathroom. So I asked what he was doing and he tried to stay calm, but I could tell something was going on. (I also noticed my parents had champagne all over the house, which is unusual). But eventually, I went upstairs.

A few minutes later, he came up from the basement stairs, while I was turned around, and got down on one knee in front of my parents and sisters. He tapped the back of my leg and I glanced back, but didn’t see anything so I assumed it was our dog brushing my legs, but he touched my leg again and I looked and realized he was on a knee with a ring! We both got teary-eyed. He even FaceTimed his mom from his phone, and FaceTimed his dad from my phone - which was super sweet that they were able to see the proposal happen! Perfect proposal. 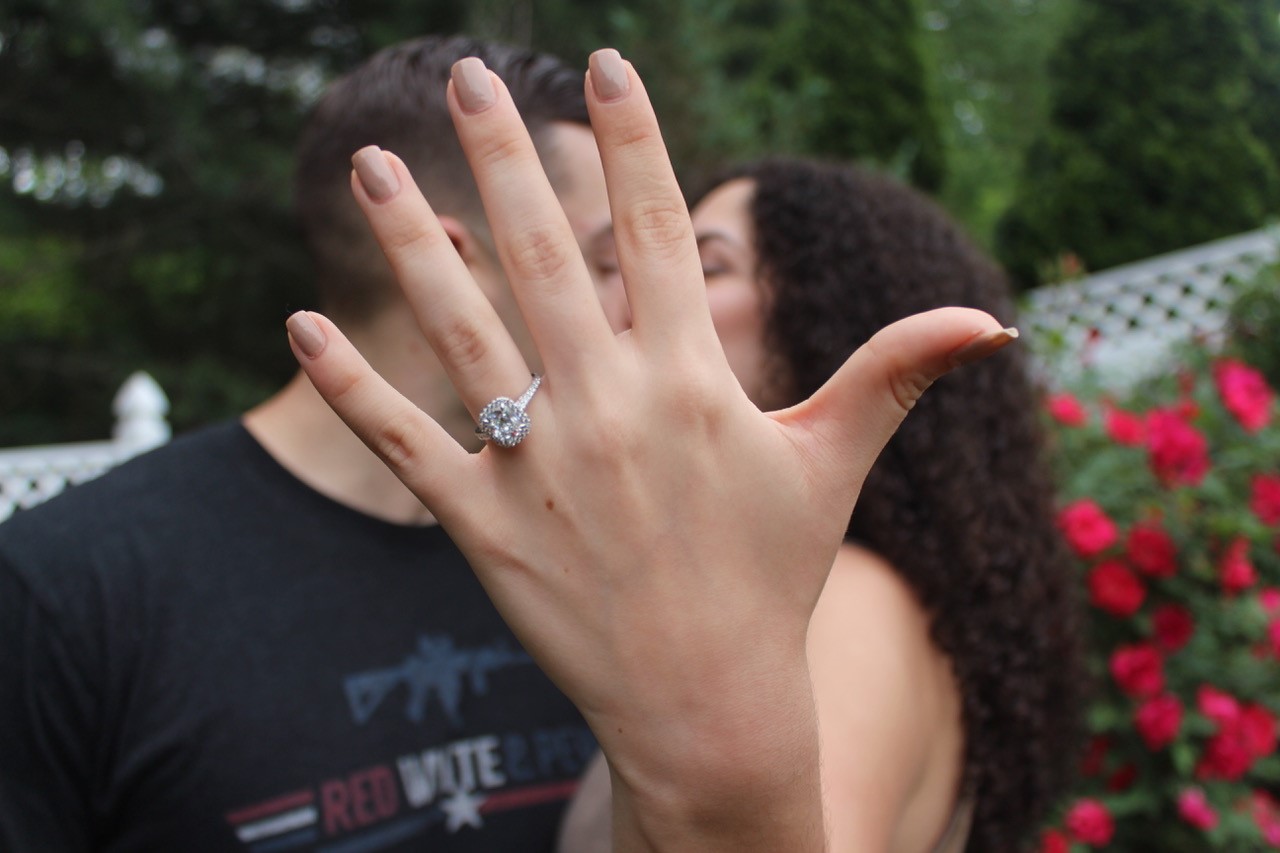 Kissed and popped those champagne bottles! 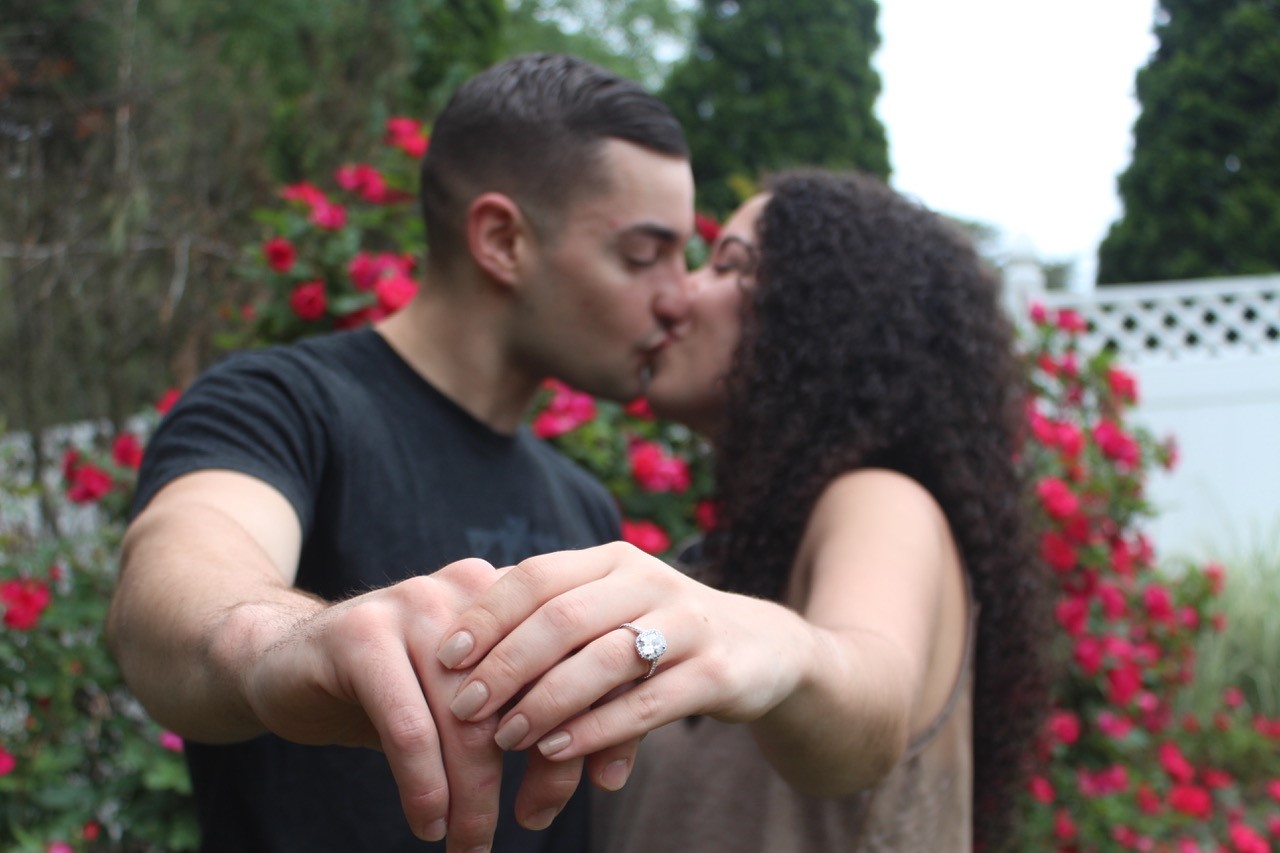 We decided on November 10th, 2019 and we are doing a destination wedding at Secrets Cap Cana in Dominican Republic!

Our honeymoon is going to be at Secrets Cap Cana, DR after the wedding! We knew we always wanted a destination wedding because Trevian loves the beach and sun, and I love Fall - plus November 10th is our anniversary and the US Marine Corps birthday (Trevian is a marine)! So we get sun, fall colors, we get to keep the original anniversary date, and the USMC birthday!

On our first date Trevian said he wanted me to be his girlfriend and my response was “RED FLAG! TOO SOON!” I was a sassy jerk. I even told him it was too soon the following two times because we only knew each other for 1-2 months. Eventually he said he would have to adopt a dog for me to stick around (I volunteer with dog rescues out here), and after I finally said “yes” to being his girlfriend he surprised me and adopted my favorite dog from Central PA Dog Rescue - Neema! She was even part of our engagement pictures! 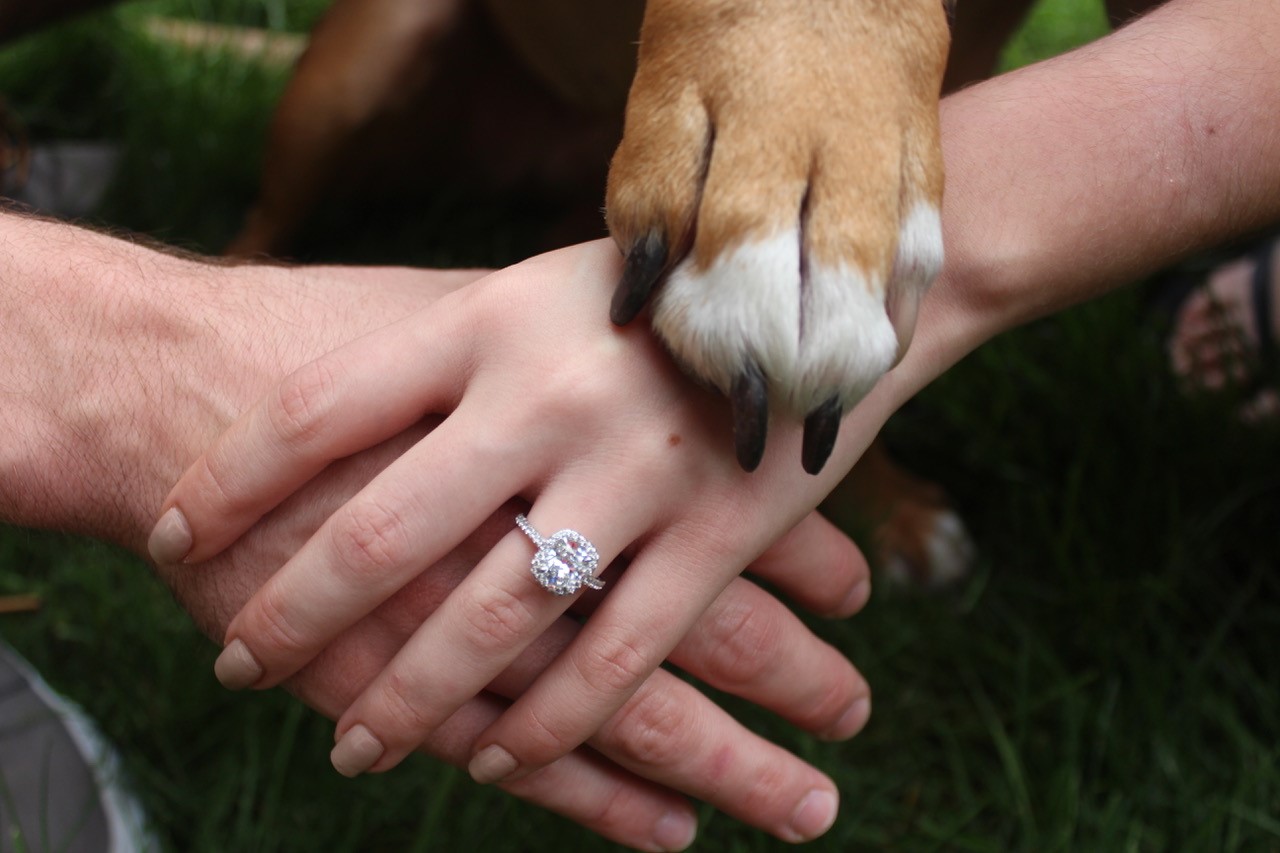