How did you meet?

We initially met through a mutual friend many years ago and remained acquaintances within our social group. We reconnected at a friend’s birthday party and ended up talking with one another for over 2 hours before a music show later that night. In the days after the show we started hanging out with one another more often and began developing a deep friendship that turned into the best partnership either of us could have imagined finding. Now over four years later we are planning our wedding! 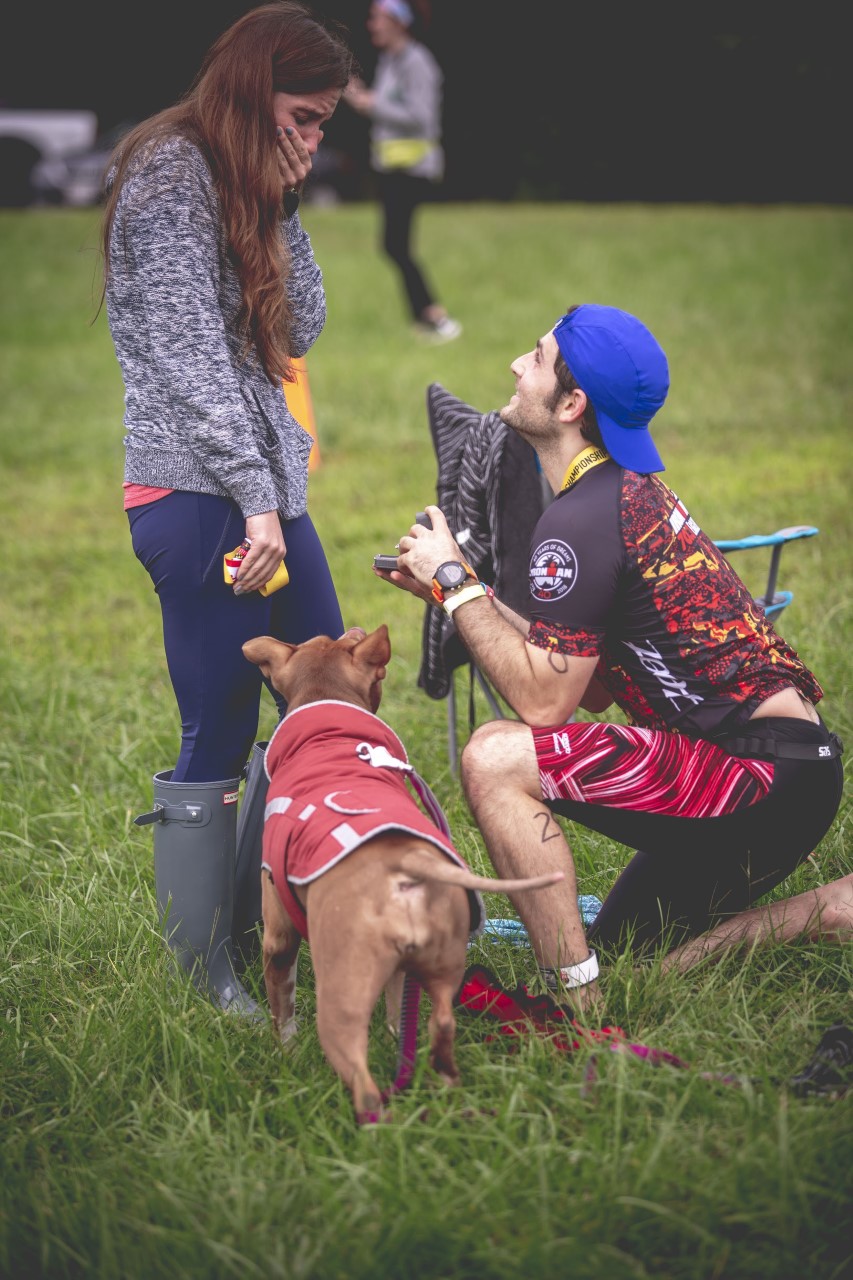 I have always been a runner and when Andrew and I first started dating I was training for my first full marathon. I would go for long runs and he would pass by me in his car and yell out the window “you’re not better than me”. Eventually, I talked him into going on a few short runs with me and when I ran my first full marathon, he ran his first half marathon. After that it became a common bond and we expanded into doing triathlons together. He proposed to me after he crossed the finish line at the Baltimore Triathlon. He had carried the ring throughout the entire race, and after spending a few moments to catch his breath, took mine away by getting down on one knee.

The very first thing I did after he proposed was ask if I was dreaming. I had raced the day before and was still exhausted after two early mornings. After I pinched myself, we called my dad to let him know we were engaged. After we called my dad, we went to his parents’ house and acted like we had a good day at the race until his mom finally realized I had a ring on my finger, then everyone broke out into tears of joy. 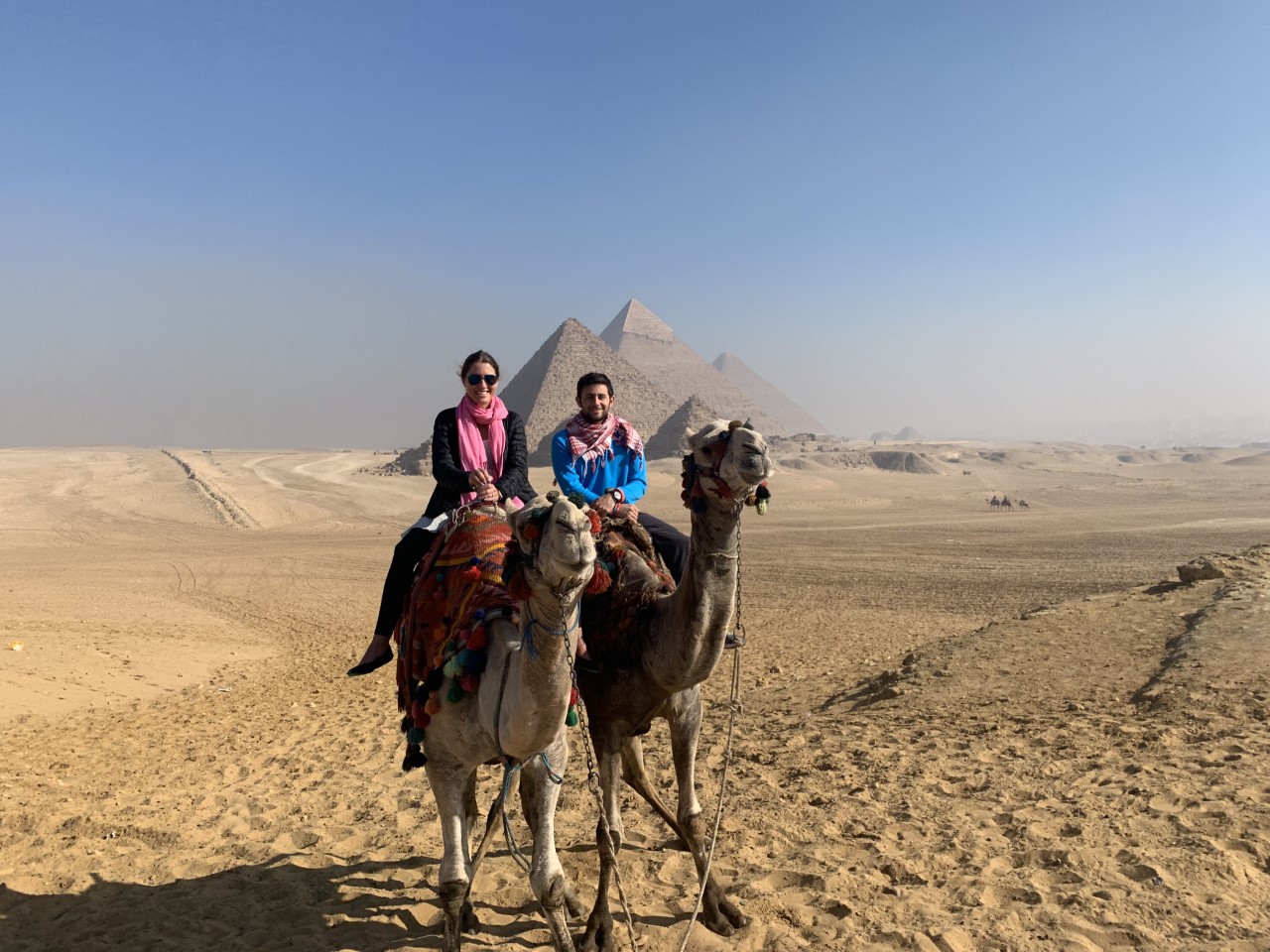 We are getting married at the Grand on November 30, 2019. We both love classical architecture and found the venue most fitting for our style. Although we don’t have a theme, I’m sure we will incorporate our love of travel in using small touches. 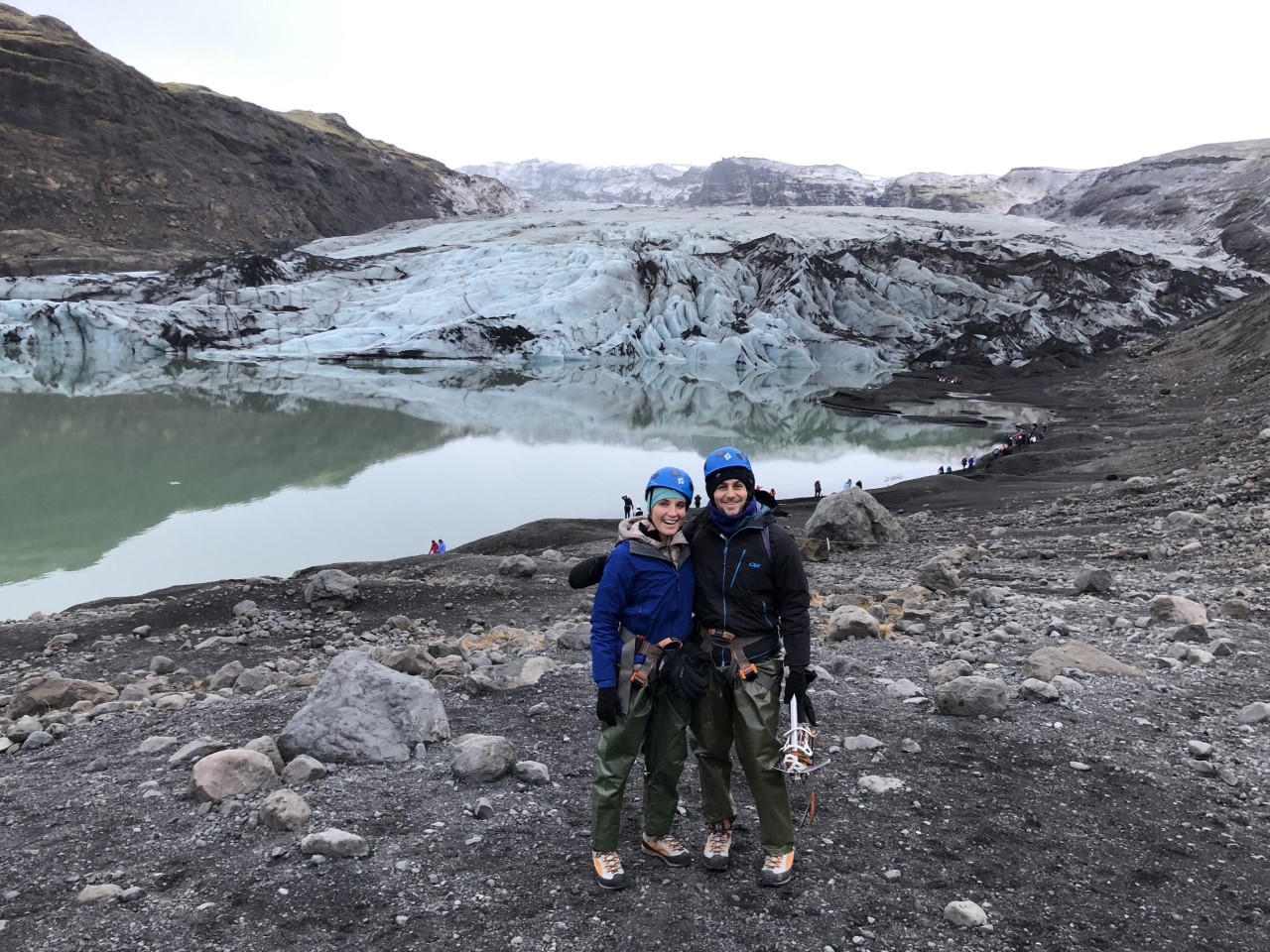 We have already done so much together, and we are so grateful for one another so that is a tough question. We want to continue traveling as much as possible (we have already been to 18 countries since we started dating), but our biggest goal together is to hopefully complete an Ironman race in the coming years.

This was the first question all of our friends and family asked us since we travel so often. However, it is probably the only part of our wedding we are uncertain of yet. We have already been to so many places, so we want to make this trip extra special. Luckily, we travel incredibly well together and are open to last minute trips, so we aren’t in a rush to book something. We’ve tossed a few ideas around and will eventually land on something great. 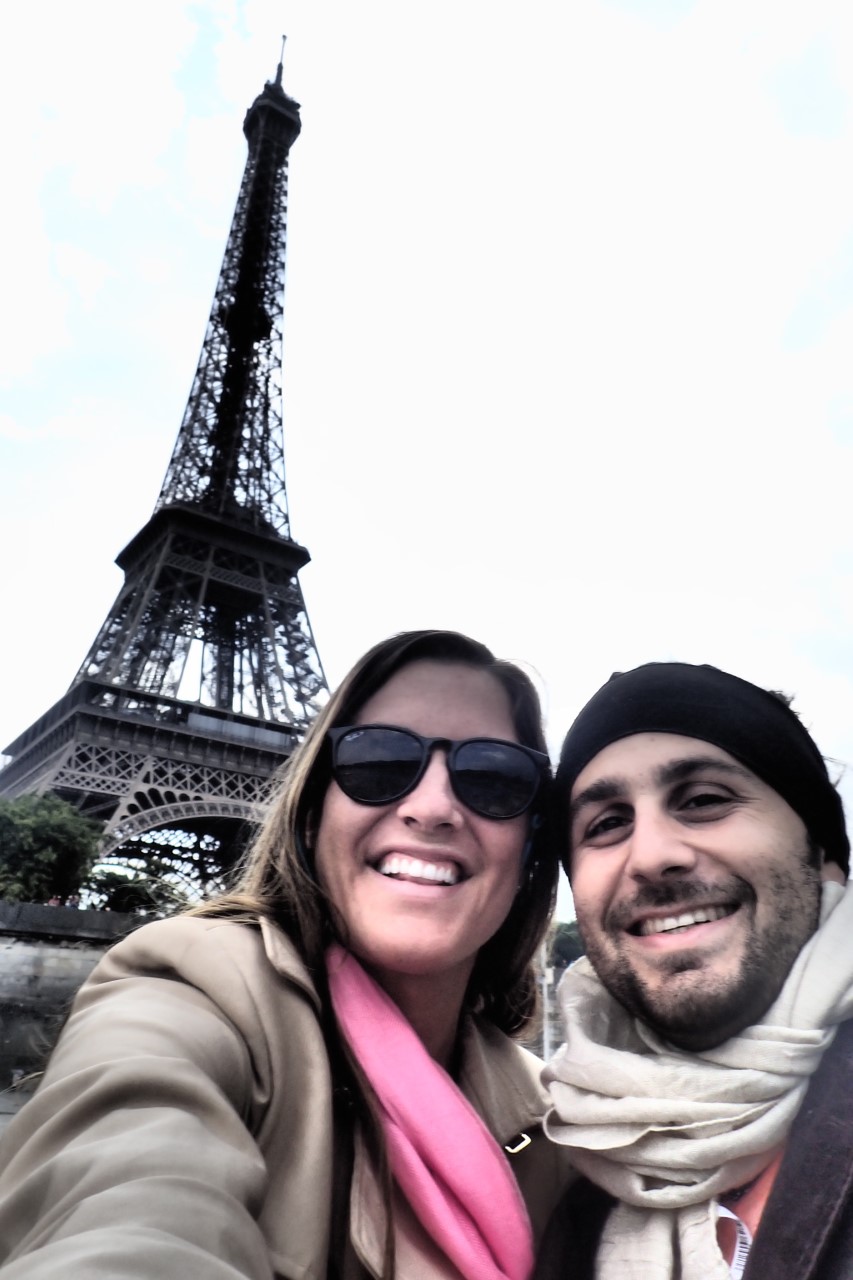 The fact that most people are impressed by is we've visited 18 countries in the four years we’ve been dating. However, the fact that we are most proud of is that together we’ve finished countless races and triathlons and continue to push one another to keep going for more.