Fed Hill Bar scene! At the former No Way Jose’s which is now One Star Country Club.

We were out to dinner at Lewne’s Steakhouse in Annapolis for our one-year anniversary, and then I convinced her to get dessert downtown, and had planned to propose on the Eastport Bridge. I had my brother and sister-in-law staked out at the Annapolis Yacht Club to capture the moment. Additionally, Samantha’s best friend was in the draw bridge office taking a video of the moment. It was magical! 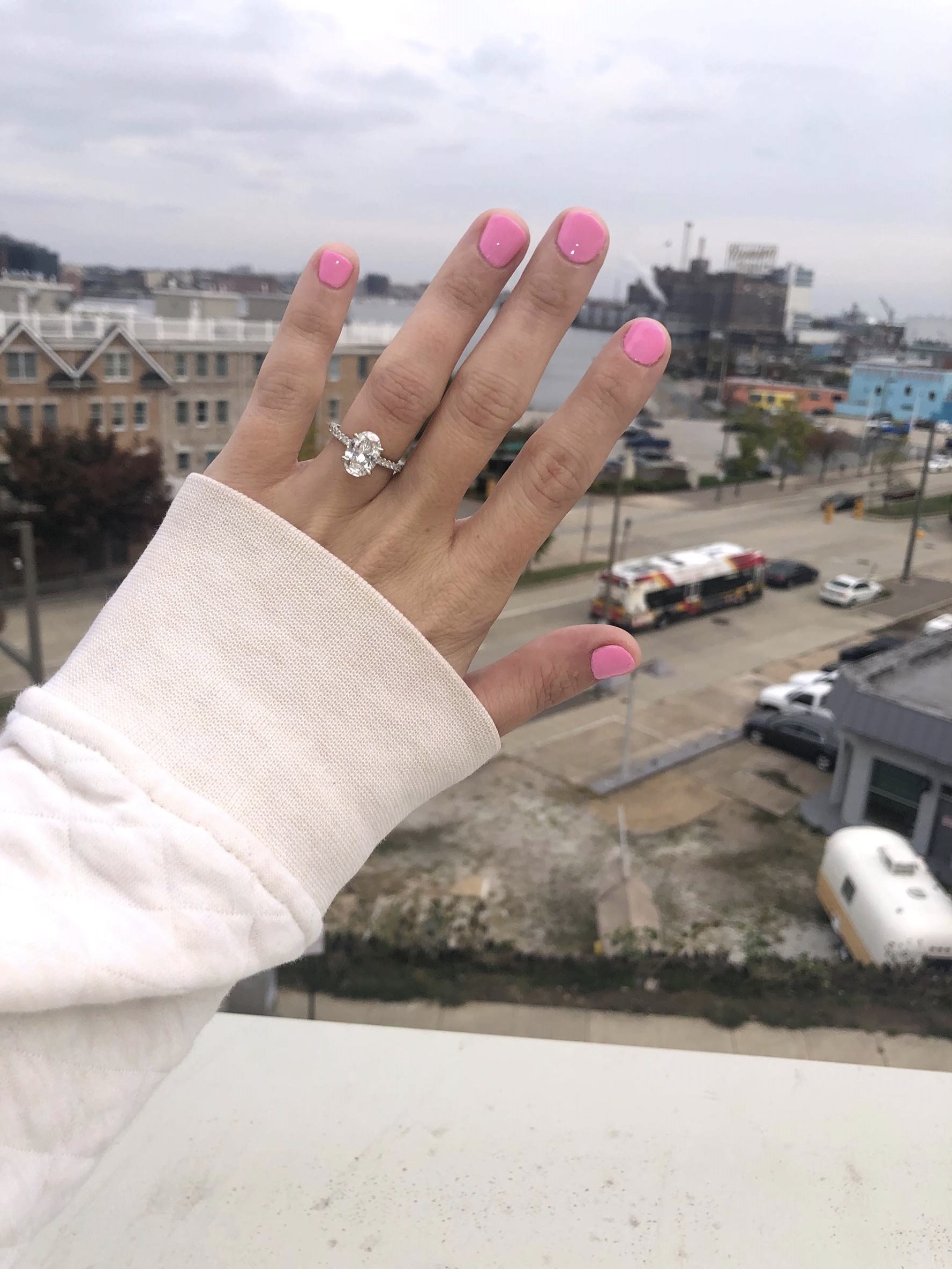 We headed to Fleet Reserve Club in Annapolis where we had close friends and family waiting to celebrate.

We have a puppy who we adore, and we love taking her on long walks and hikes together as a small family! 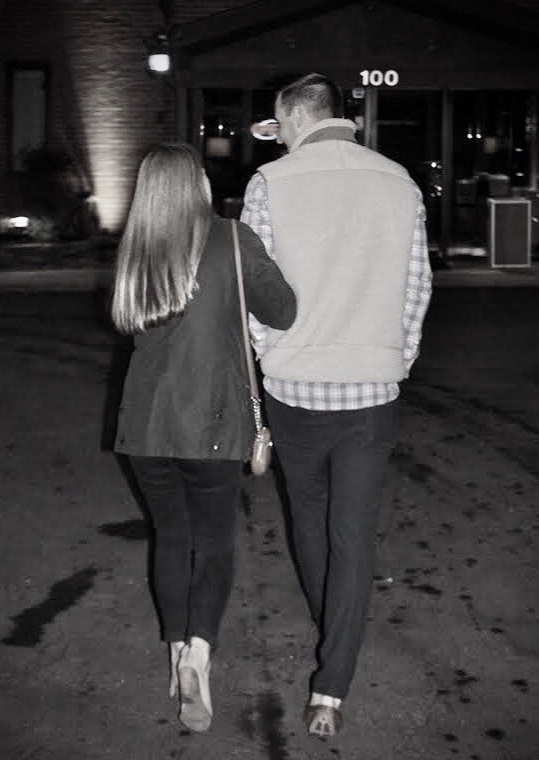 Will you be taking a honeymoon? If so, where and why did you pick that destination?

Yes, but we haven’t decided yet.

We own a one-year old golden retriever named Napa.